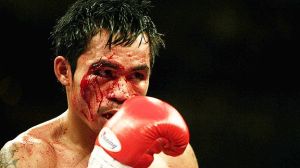 I shuddered at the very thought of elevating Manny Paquiao to power when he first ran to public office not so many years ago. I know for sure it will be a big mistake. It is putting a violent man, and his violent god, to power. I campaigned against his bid for senatorial seat not only to save Evangelical community from shame, but to spare Filipinos from the predilection to violence of this man.

END_OF_DOCUMENT_TOKEN_TO_BE_REPLACED 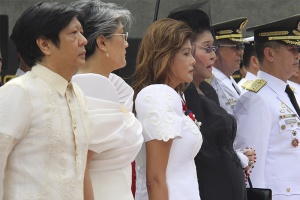 The Parable of the Good Samaritan is radical and audacious in many ways. It was Jesus’ trump card in his struggle against the religious and political leaders of his time. It basically questions the prevailing religious and social norms that formed and shaped social relations and arrangements of first century Palestine. First, the parable points out the inadequacy of written laws to embody the demand for social responsibility. That every accomplishment of each moral code written will only give you this strange feeling of insecurity of not having done enough to satisfy the requirements of ethics. To declare, therefore, that you have already done all of them is only to say that you have finally reached the limit of language, and what you are facing now from that edge is the infinite abyss that separates you from the demand — love your neighbor. Thereafter, every act of goodness you make, in hope to reduce the abyss, will always count insufficient to make the two horizons kiss. The demand therefore has no satisfaction, only its iterable cycle of beginning, of doing good again and again.