But for those with untrammelled imagination, follow me please into the wild.

END_OF_DOCUMENT_TOKEN_TO_BE_REPLACED

Whatever prompted the wife of Zebedee to do the thing she did could have been pure love for her two sons. Too presumptuous to assume such thing, I know. We might probably have an Elenita Binay or an Imelda Marcos case here, mothers who deploy their kids in politics to secure political dominance of their own dynasty. The Zebedees, however, has no dynasty to maintain. What they have is a risky adventurism in supporting a fledgling revolutionary movement of another Galilean activist`.

END_OF_DOCUMENT_TOKEN_TO_BE_REPLACED

“Suportahan natin ang gobyerno dahil niloklok ito ng Diyos” (Let us support this government for God has put it in power) – blustered by one religious supporter of the current Duterte regime.

The beheading of Charles I of England could be monumental event that has proven the doctrine of divine right of the king is mere human construct. None has foreseen it to happen; neither the leader of parliamentary army, Oliver Cromwell, nor Charles I himself. The fusion of temporal and divine power in the throne of England which has spawned an abusive and tyrant line of monarchs has finally come to an end. England is now under the parliament with Cromwell as its head. Soon after the fleeting reign of Cromwell’s parliament, however, the people clamored again for the return of the divine right absolutism. Thus, Charles II, son of the beheaded Charles I, revived the throne under the religious emblem of “divine right to rule”. Blood spilled all over again, first of those jurists who had sent his father to the gallows.

END_OF_DOCUMENT_TOKEN_TO_BE_REPLACED 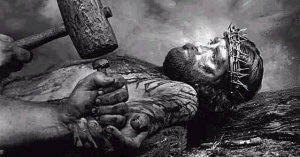 The problem with religious imagination borne from oppressed and tormented communities is that it is either equally oppressive or, even worst. And since these religious symbols survived and outlived their own procreators, they transcend time and space to address and shape modern societies. Take for instance the case of the West, known to be the champion of secular democratic regimes, reminded by Carl Schmitt that their touted concept of the modern theory of the state are actually secularized theological concepts. This amounts to the fact that despite all the attempts of the prophets of rationality to either dismiss or reinterpret the phenomenon dubs now as post-secularism, it undeniably proves that secularist project fails, and religion, along with its metaphors and symbols, remain with us even after the so called, Great Separation.

END_OF_DOCUMENT_TOKEN_TO_BE_REPLACED 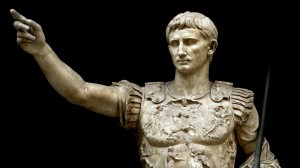 All discussions on political theology from Carl Schmitt to Slavoj Zizek inevitably center on the person of the sovereign, says Graham Hamill. It comes with no surprise, therefore, why modern rulers remain enchanted with the glorious days of the Caesaropapists, those sovereign kings whose absolute rule made them subject to no one for they claimed to have both political and divine authority. The closest we remember are the English monarchs from Henry VIII, to James I, to Charles I, and James II, all asserted the divine right to rule. This history of political theology, where absolute power secured by divine ordination persists in our culture like the fruit in the middle of the garden where all are craving to have a taste of it.

END_OF_DOCUMENT_TOKEN_TO_BE_REPLACED

Burn After Reading
Create a free website or blog at WordPress.com.