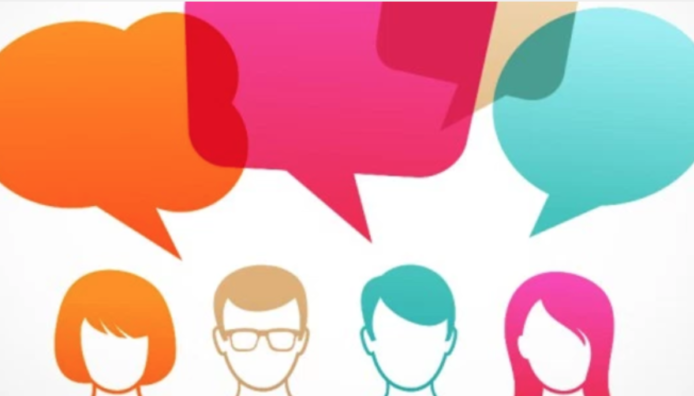 On this side we have Jesus, the Good Shepherd, whose distinctive voice consoles and entices us, who leads us where flourishing of life is possible, and protect us from threats against our well-being. That is our Jesus, our refuge.

On the other side are the scoundrels: strangers, thieves and bandits, whose business in life is to thwart the good intention of the good shepherd. These are the enemies which we have to push and keep outside.

Religion has always been in the business of classifying people. Driven by the sense of noble mission to protect its most sacred secret from alleged intruders, they built imaginary and actual walls to keep the infidels at bay. In doing so, they instituted distinctions between categories of pure and impure, holy and profane, darkness and light, true and false, and sinner and saints. Assuming that religions were here with us since the beginning of time as anthropologists and archaeologist have postulated, the propensity of categorizing people, therefore, has already been engraved in our culture.

Our biblical text seemingly echoes the same madness of “othering”. The “we” against “they” social structure. That makes the authenticity of John 10 a little dubious. Jesus indeed employed the metaphor of shepherd and sheep on his various sayings and sermons, but not to the extent as purported by our text. He is rather known as breaker of walls, not their builder.

Modern philosophy, like Jesus, tried to get rid of walls that separate us. Toleration is the sign of a rational person. It might be impossible to convince all people to be on your side, but peace can still be maintained by paying respect to each other, to differing opinions. As long as you refrain from treating someone as stranger, as long as you don’t address them as thieves and bandits, we can share the same planet in harmony and prosperity.

In this respect, I remember how many times I heard people inveighed that our country is dismally divided. Each vying group is overtly agitated which the ruckus usually ended up to volleyed of accusations fired in all directions. A people poignantly reverted to dark ages; intolerant and savage. Everyone is Jesus, and everyone at the same time is stranger, bandit and thief. No one seemingly is good!

In the midst of ruckus and bedlam, there are still few who remain sober. They are calling for respite, for everyone to return to sanity. They are yelling at the battle field, “It’s just a matter of differing opinions, for God’s sake!”

That is what the author of the Gospel of John has failed to see. The context where the ensuing rise of various communities or churches after the time of the apostles went ugly when competition among them flared up as to who among them are the real bearer of the true teaching of Jesus. As they say in the psychology of conflict, the fiercest battle occurred among those groups who shared complete resemblance with each other. Thus, the need to overtly malign the other to publicly announce we are not “alike” but “enemies” is gravely necessary.

That is the painful and shameful legacy of the Johannine community, the incapacity to tolerate those who differ with them. Until surprisingly verse 10 comes in, and the entire game has changed:

“The thief comes only to steal and kill and destroy. I came that they may have life, and have it abundantly.”

However these allegedly “sober individuals” try to reduce the tension on mere “differing opinions,” destroyed lives, destroyed families, destroyed dreams are telling us otherwise. The blood of the murdered people is crying and asking for killing to be abated, asking for bereaved families to be taken care for, asking for justice to be served, and asking in the same way to protect lives, especially of the “unrecognizable and ungrievable”.

Tolerance stops as the rule of the game. Vigilance and activism have to take its place to draw a firm line in order to classify and identify the strangers, thieves and bandits. Because in a time and in a world where killing and stealing are rampant, life is not just a matter of opinion.