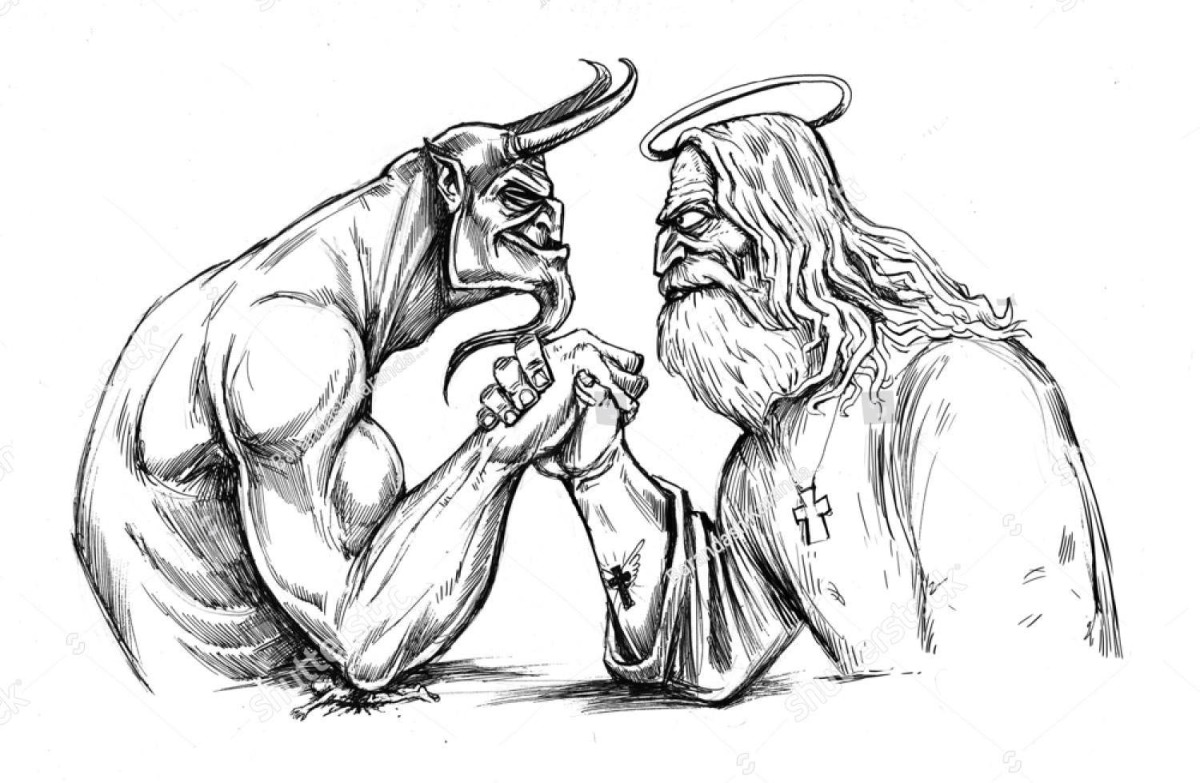 Jesus began to show his disciples that he must go to Jerusalem
and undergo great suffering at the hands of the elders
and chief priests and scribes,
and be killed, and on the third day be raised.
Matthew 16:21

Let them recite the song of Marduk,
Who bound Tiamat and took kingship.
Enuma Elish VII 161–162

The disciples were shocked. For a moment they were stunned, and no one could utter a word. Something is wrong with what Jesus was saying, this is not how the story should go? Jesus has just shared to them his imminent suffering and death in the hands of his enemies.

Peter, the most impertinent of the twelve, able to regain composure and blurted out, “God forbid it, Lord. This must never happen to you!” And from there Peter gained his first slide to infamy in Christian history.

Christianity, they say, is a bunch of religious people that was shaped by particular theology that evolved sometime after the career of historical Jesus. If that theology has any connection with the life and words of Jesus, that is completely a different question to pursue. Lest we drift totally somewhere, let us go back to the apostle Peter. Has anyone bothered to ask why Peter was so agitated with what Jesus disclosed as to his tragic destiny?

No one! Because modern followers of Jesus were conditioned to the modern myth of dying and rising god. That his coronation afterwards as king was a result of his wilful surrendering of his life to suffer. That suffering and all that goes with it such as weakness, poverty, and shame is the way to victory.

Such idea, however, does not resonate with the Semite people like the twelve. The future king must overcome all his enemies and come out triumphant before assuming his kingship. No defeated hero, therefore, could ascend to the throne. Marduk, the Babylonian warrior god, has to defeat first Tiamat before he can claim the throne. The same plot goes with most known stories of sacred kings circulating in the area. Ninurta has to defeat Anzu, and Assur had to slain first Tiamat in another version of Enuma Elish, and Ba’lu had to kill Yammu, and Baal had to slaughter Yamm. For you to be king, to be a warrior-god, an el gibbor is first to murder your enemy and emerge a champion.

So Peter stood up and vehemently protested the idea of death and suffering for his king!

I not sure if the basis of the objection of Peter is the unconventionality of the idea, or he was mulling deeply what would be the implications of such paradigm of a demise god would generate. As sociologists of religion would assume base on the notion of “cosmic religiosity,” your concept of the structure of pantheon dictates basically your notion of social structure. Was a Marduk or a Ninurta model, strong and ferocious god-kings, would be more convenient and helpful in creating a liveable society? Or suffering and death is the way to attain such imagined community as exemplified by Jesus? The lacking of models of the latter makes it a bit experimental and a little risky, however. Do we have proof that the way to victory is through self-flagellation?

This scarcity of supporting models could be the force behind the emergence of the research for a possible tradition of “dying and resurrecting gods”. Initiated by James Frazer and pursued immediately by others, they tried to look for a possible model in archaic religions of notion of god/hero who died and afterwards came back to life. After almost a century of research and debate, no definite conclusion yet was made if indeed there were traceable vestiges of such tradition in the past before Jesus. Rather, the research sadly pointed them to the Roman tradition of consecratio as possible source or model, the posthumous decree of Roman senate declaring the dead emperor god. Could this be the background of Paul’s declaration in Romans 1:4?

If indeed social structure is determined by how we view the extra-terrestrial world, how does it help, therefore, having a god that suffered and died in the hands of evil people? How long it will console us to know that our god suffers and willing to die for us? How many slashes do we have to receive, how many slaps do we have to endure, how many punches do we have to take, and how many wounds our body can bear, before we can say, “It is time to rise as victorious kings!”? Do we really have to die? Give up our lives totally before entering glorification? Wasn’t the idea of resurrection the culprit why we turn our back from seeking justice, abundant life, and harmonious existence, and miserably transposed therefore all these things to life we contrived in a world we called, eternal?

Pain and memory are indeed inseparable. It is the memory of pain that propel us to do everything not to repeat its cause, to avoid the occurrence of painful experience. But in our case, we are haplessly stuck in pain, and no amount of memory has remained. This Holy Week, we will walk again through this pain…with complete oblivion of what have caused them.