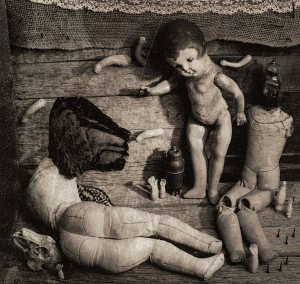 What if all institutions we can identify that directly or indirectly impinging us are all colluding together to intentionally construct a particular human being? What if there is a grand conspiracy among these institutions, those that amount to what Judith Butler describes as “constituting relations,” that received us from birth, trained, shaped and designed us into something useful for particular end? Imposing its repressive power on us, monitoring every movement, controlling our gestures, manipulating our desires, dictate our behaviour, and govern the truth we dearly hold on. This is the angst of Michel Foucault, suspecting all institutions, from factories to psychiatry, to penitentiary, police, military, judiciary, education, including religions as mere state apparatuses that constitute its exercise of power over its citizens.

The goal is to internalize subjugation. To produce human beings that are docile and subservient. A subject who will not squeak against any repressive exercise of power. A docile subject who will look himself for a way to justify the mechanisms of abuse, and thus excuses the power from damage and accountability.

Philippines is a test case to evaluate the veracity of Foucault’s project, and how in particular religion played a great deal in the formation of docile subjects. For centuries, social and cultural thinkers wonder on the silence and indifference of unaffected majority on the miseries and sufferings of the oppressed few. Our case is surprisingly different. The unaffected majority is not silent, they are feisty and aggressive. They are not guilty of a crime of casting a blind eye to injustices. They are siding with the perpetrators, and openly provide cover to protect the state from criticism. Romans 13 upends the entire biblical message of love and forgiveness, and has turned the entire Bible in favour of state violence. Thus, the Evangelical chance to be recognized as valid discourse in public sphere mired in Romans 13.

Adding injury to burgeoning shame of Philippine Evangelicalism is the novel justification I heard – “A wicked king for a wicked people!” What is alarming is that they are serious in taking this Old Testament saying to legitimize the horror and terror this government brings to this country. This has brought the absurdity of Evangelical mind into a point of no return. That is erroneous, fallacious, malicious, and preposterous; completely lacking of any modicum amount of intelligence.

It is impossible to list down all here, just to mention a few of them to show how our religious training is being used as mechanism to turn us imbecile. The statement is the prophetic way to explain why Israel WAS given to invading powers namely, Assyria and Babylon. In monotheistic mind set, how will you give a sense of the fact that the people of God was invaded by foreign and wicked powers? Were the gods of these nations greater than Yahweh? The prophets said, No! Yahweh allowed the wicked kings to invade Israel to be punished for their sins. Thus, in such ruse, Yahweh remains the only true God. But the prophetic tone completely changed during the Maccabean revolt where the invading force of Antiochus Epiphanes was never recognized as wicked servant of Yahweh invading and punishing Israel. Rather, Yahweh was with the rebel group of Simon Maccabeus. A new cosmic order was born during this period right after the exile, a new cosmic adversary was born and to it sins and evil were all lodged together. The wicked was no longer Yahweh’s servant, but serving Satan in destroying the people of Yahweh. Therefore, to be theologically consistent with this development in biblical narrative, this government fits to be Satan in this battle of cosmic forces than Yahweh’s wicked servant king.

More to this, the wicked kings were foreigners who invaded and punished all including those in power, the royal family and its cohorts. While this government is one of us and the one sitting in power, yet killing and oppressing its own people; that is a huge difference that only docile bodies could miss. And lastly and the most obvious, the king is wicked. However you justify it, he is still wicked. So far that is the visible nexus we can make sense, Tiglath Pileser and Nebuchadnezzar, the same with Digong, are all wicked. As for the claim that he is a servant of God punishing us wicked people, listen to what Foucault says – you have miserably internalized your slavery!