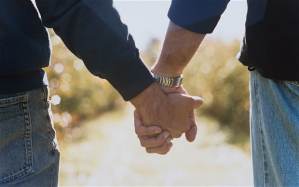 Can religious groups impose their beliefs on people outside of their religious domain? Can we, religious people, influence national policy making that, by doing do, will end up violating and truncating the rights of people not members of our congregations?
With my inchoate understanding, state secularization was not primarily pursued to suppress religion, but to render government neutral in order to justly and fairly govern diverse societies. At the very least, against other opinions, this how Charles Taylor sees secularization is. For any government to succeed on its democratic rule over variegated cultural elements, world views, and religious persuasions, it must resist being identified with any of those contesting groups. In the midst of this conflicting cultures, the state must maintain neutrality to serve well all diverse groups and maintain peace among them. Having in mind John Rawls’ opinion that secularization of a state is different from secularization of a society, one must take therefore as its utmost intention to secularize the state, since society, in most instances, is resistant to it.
To be a secular state is not to be passive; devoid of any expression of commitment and loyalty. A secular state which aim is to pursue fairness must be committed to the trinitarian ideals of enlightenment, namely: liberty, justice and fraternity. Human rights is basically the primary consideration of these democratic ideals. And the democratic state is instituted to make sure that this right is protected and promoted, and not to naively fall as mere tool in the hands powerful stake holders, religious or political.
Since in democratic space everyone is given with equal rights, the work of negotiating conflicting rights is the hardest job of political adjudication. In this contest, to justify one’s rights over the others is not to prove it, but to render it just, said Emmanuel Levinas. This is the simplest rule that one’s rights, religious or political, must refrain from unjustly precluding, trespassing, or violating the rights of other humans. Any expression of rights that harm people and truncates other’s right for life, liberty and the pursuit of happiness as clearly indicated in the Declaration of Independence written by Thomas Jefferson, does not belong in democratic society and, therefore, must be repulsed.
In the height of criticism on outright ordering (encouraging) the Philippine National Police to kill drug addicts and pushers, or hand them over with guns to legitimize the termination, a self-prolaimed Filipino public theologian argues that President Rodrigo Duterte must not be judged according to the Bible or Christian tradition since the president is not an Evangelical Christian and has chosen an ethical decree for himself which is different from that of Evangelicals’ or of the Bible’s. He argues that Evangelical Christians must stop criticizing the president based on the Bible to which the president is not accountable from since he is not its believer. This was uttered despite the fact that thousands of Filipinos are getting killed by the government’s war on drugs.
I compare this scenario with the recent denunciation of Evangelical groups over the move to pass into law the LGBTQ anti-discrimination bill especially the granting of right for same sex people to enter into union of matrimony. This rights are protected by the very spirit of equal rights for all, not to mention that this union renders no victims, motivated rather by love and respect unlike the war on drugs by this government. The religious groups, in response, started to up arms to stop the passing of the bill in order to deny happiness for people, not members of their congregations, but citizens of this country which pursuant of happiness must be protected and supported by this government.
My personal take on this matter is not important. My religious persuasion has nothing to do with the bill; their rights for life, liberty and happiness are primary subject to democratic discourse and not bound within my religious tradition. As religious person, I will support the move for exemption of Evangelical churches to solemnize same sex couples as violation of my religious rights. To make this religious conviction, on the other hand, as hindrance to the happiness of other people outside of my faith tradition is irrational. As in the principle of the self-proclaimed theologian I mentioned, I will not impose my moral creeds to those people that chosen a path or moral code different with mine. Not so with Duterte, however. I will remain as his feisty critic for encouraging and inspiring all these extra judicial killings despite the argument that he should not be judged by Christian or biblical ethics. For killing, the last time a checked it, in religion, in the Bible, in democratic society, and in constitutional essentials, remains as ignominious and nefarious violence of one’s right for life!