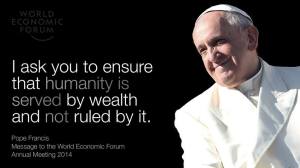 by: Nestor Ravilas
Religion is all about symbols. It is the modest attempt to bridge the colossal gap that separates the heaven from the earth; making gods immanent and thus reduced them as our own, walking among us. As in theoretical knowledge, artistic representations of the divine in the same manner are also contextual. Their emergence belongs too to particular occasions that inspired their creation to facilitate this contact between the divine and the profane. It is about meaning; what the symbol diffuses so as to goad its believers to keep the struggle alive, whatever it might be. The symbol or a memorial however is a fixation of the occasion, fossilizing the event into particular epoch in the past, making it as property of history. Meaning however is always alive and fresh within the memory of those who went through the event, and it is always belong to the present. Memorials turn to become public properties, but the memories die with its owner, so as their meaning. What we have in the end were symbols deprived of their significance.

Faith is a struggle. One might not agree with this but it is about pushing your way up and trying to make a modicum slide in spite of a more imposing evil. So faith is not about yesterday. It is about today as you try to slither out of debacle this life has offered and emerge still victorious tomorrow. With symbols devoid of their meanings I wonder therefore how they could assist our faith in this struggle in search for better existence. A lady suddenly interrupted the silence and asked all the people in the room for the meaning of certain religious ritual she herself was faithfully doing – no one was able to grope for answer; not even me able to help her. Faith then was disconnected to its own memory; it was left in the present with no trace of its own history of struggle. It was armed with plethora of symbols, memorials, rituals, but meanings were not able to escape the fossilization of historical. Faith in the present without the memory of its past is a faith abandoned; an orphan left in the benighted generation.

And we see Pope Francis emerging from his plane. The wait and anticipation is over, and we see finally the man. All I see is a symbol more than anything else. He might be somebody else before his rise to papacy, but now we have to reckon the shared meaning, the meaning agreed, that he was the symbol of the (Catholic) Christian faith. He is the direct heir of the memory of Christian faith; to him history breaks free and transcends time so as memory of faith able to address us once again. If there is great sacrifice this man did was his willingness to give up his own private life and turn it instead into a public property; a symbol of faith, justice, and love that would negate again the separation and make us touch therefore heaven once again.

What the past has to do with the present is how it relives the struggle that was fought before and making it alive and active in every coming generation. Pope Francis commitment to justice, righteousness, and love is crafting himself the living symbol of the Galilean Lord. This makes Francis not just a hollow religious symbol, but an authentic memory of Jesus. Francis in many occasions was pointing to Jesus as the focus of this faith. He knows very well that as mere representation, as mere reconstruction of the faith born in the manger, as mere narrative shaped in authentic actualization of the mandate “love your neighbor,” he is just a mere symbol. But symbol that is fraught of meaning, symbol that impresses meaning, symbol that evokes meaning. Listening, therefore, to Pope Francis is like listening to the true master uttering his sermon in the mount.

We have today an authentic symbol of the long memory of our treasured faith; let us hope that this might rekindle the struggle that once has consumed the world.